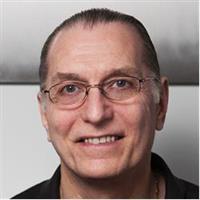 With a career spanning over thirty years, Grammy winner Dave Darlington can proudly attest to being a master of many varied musical styles. From Harlem, New York City, Dave's family traded the icy New York winters for the Florida sunshine before Dave hit his teen years. Thus, his early musical education was a heady melting pot of formal (piano, bass, and theory) training and the fusion of Miami's rock and funk prevalent in the clubs and radio stations that surrounded him.

He later earned a bachelors degree in music from the University of Florida, and played stints with the Jacksonville Symphony and the Gold Coast (Tampa) Symphony Orchestra as a professional bassist. After hitting the road for three years with a Colorado-based jazz-funk fusion band, Dave settled in New York in the late '70s, determined to make it as a session musician.

Between sessions, Dave's growing proficiency as a programmer, with a multi-instrumentalist background, eventually led to a job as a part-time programmer at the venerable Secret Sound Recording Studio in Chelsea. Later, Dave presided over his own room/studio, Bass Hit, within the Quadrasonic Studios complex. He divided his time between mixing, touring with groups like Seduction and C+C Music Factory, and songwriting, notably co-penning Phyllis Hyman's #1 hit "Don't Wanna Change the World."

Taking the step to go independent in 1990, Dave opened Bass Hit Recording on 23rd St. and 6th Avenue. Dave consolidated his reputation as a versatile and capable mix engineer and programmer across the board in rock/pop/dance/R&B/jazz genres. Simultaneously, he broadened his base, drawing on his classical and symphonic background when branching out into the world of film and TV composition. Dave received critical acclaim for his compositional work for the hit HBO series Oz, which he scored for the entirety of its six-season run. Dave also won Grammys for mixing jazz legend Wayne Shorter's Alegría album on Verve Records, and Brian Lynch and Eddie Palmieri's Simpático.